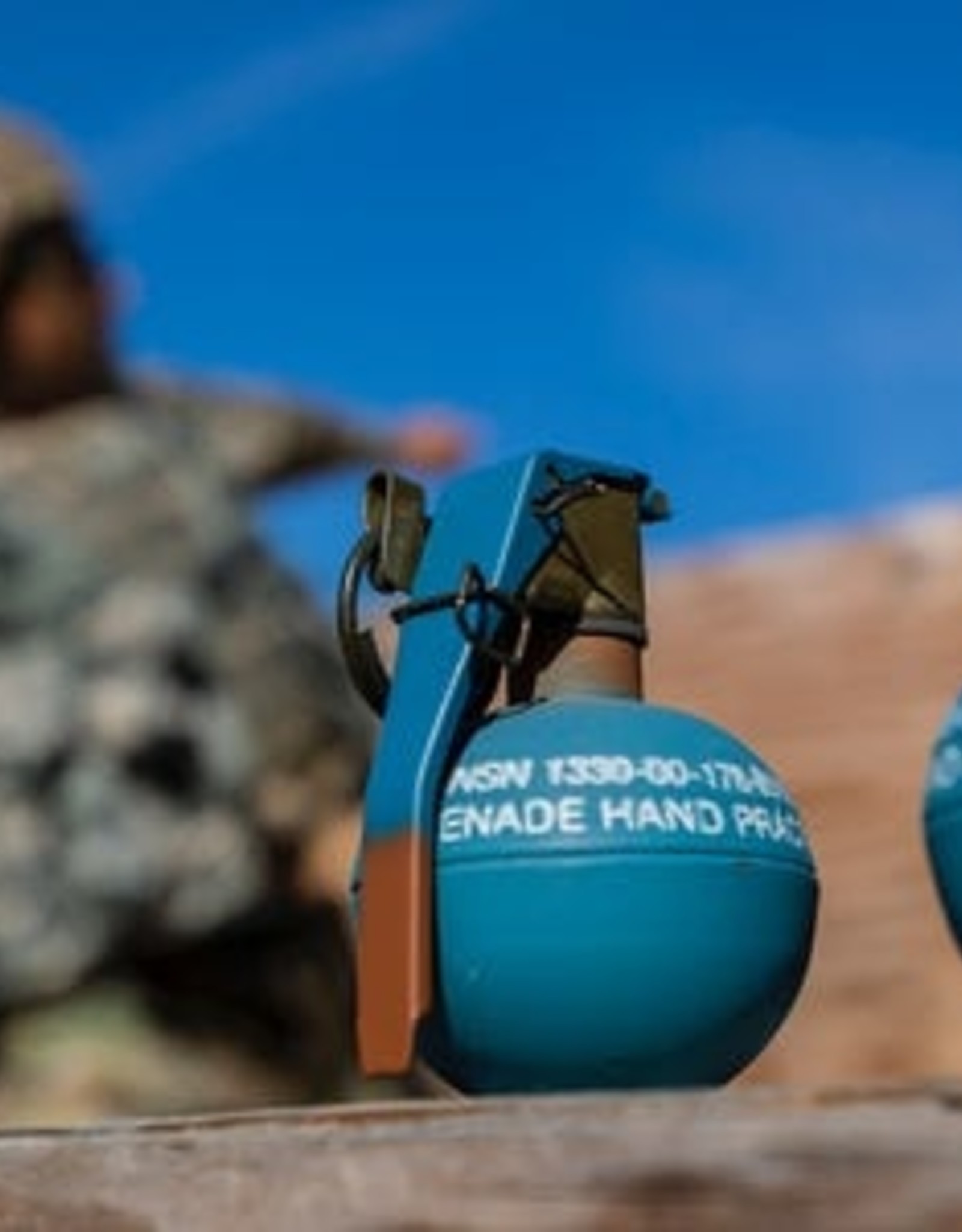 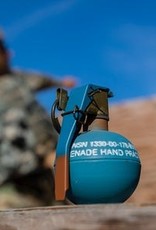 The M67 grenade has a spheroidal steel body that contains 6.5 oz (180 g) of composition B explosive. It uses the M213 pyrotechnic delay fuze. The M67 grenade weighs 14 oz (400 g) in total and has a safety clip to prevent the safety pin on the grenade from being pulled accidentally. The safety pin prevents the safety lever, or "spoon" on the grenade from moving and releasing the spring-loaded striker which initiates the grenade's fuse assembly.[1] The M67 is typically known as a "baseball" grenade, because it is shaped like a ball that can be easily thrown.[2]

The M67 can be thrown 30 to 35 metres (98 to 115 ft) by the average male soldier Its fuze delays detonation between 4 and 5 seconds after the spoon is released. Steel fragments (not to be confused with shrapnel) are provided by the grenade body and produce an injury radius of 15 metres (49 ft), with a fatality radius of 5 metres (16 ft), though some fragments can disperse as far out as 250 metres (820 ft)